Glowstone is a Vanilla block, used as an alternative to torches. This block can only be found naturally in the Nether. It generates on the undersides of Netherrack, and forms unusual coral-like stalactites. Glowstone can be difficult to harvest, due to high ceilings, sheer cliffs and abundance of lava in the Nether. One method of mining it is pillaring up to the deposit and extending the top of the column beneath it to make a platform. Dust will fall onto the platform, allowing for easy collection. Breaking Glowstone drops 2-4 pieces of Glowstone Dust, which may be used to re-craft the glowstone blocks or to boost the effect of a potion. Unlike torches, glowstone is not destroyed by Water and continues to emit light even when submerged like Jack-O-Lanterns. It can also be used to protect wood from fireplaces because it does not burn.

Like all non-sunlight light sources, glowstone blocks will cause nearby snow and ice to melt.

Glowstone is an infinite light source and has a higher light level than torches (15 as opposed to 14.) Because it is a block, players often make ceiling lights and lamp posts out of glowstone by combining it with a fence block. Glowstone blocks can also be used as lit paths, due to their interesting texture, or in docks or harbors so players in boats can see where to stop, since it can be placed in water.

Also, Glowstone can be used as a source of light for growing crops at night. However, you cannot place anything on glowstone except blocks and redstone, meaning torches, doors, etc. cannot be placed on it. When placing redstone on a glowstone block it can send power down but not up the block, since there is a glitch because it is registered in the coding as "glass". 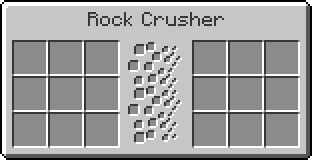 Retrieved from "https://tekkitclassic.fandom.com/wiki/Glowstone?oldid=185403"
Community content is available under CC-BY-SA unless otherwise noted.