Balkon's Weapon Mod is a mod that adds many new weapons to Minecraft that allow you to smash, shoot, and kill your enemies in new and more exciting ways! 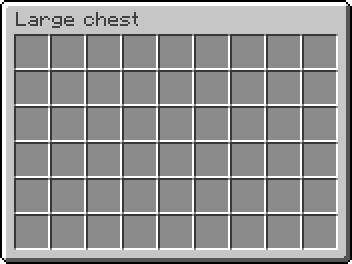 *All gold weapons do much greater knockback.*

The Wooden Halberd does 3 hearts damage in stabbing and 2.5 in slashing.

The Stone Halberd does 4 hearts damage in stabbing and 3.5 in slashing.

The Iron Halberd does 5 hearts damage in stabbing and 4.5 in slashing.

The Gold Halberd does 3 hearts damage in stabbing and 2.5 in slashing.

The Diamond Halberd does 6.5 hearts damage in stabbing and 5.5 in slashing.

The knife does less damage than a sword and has half the durability, but is crafted with very few resources and can be crafted without a workbench. The knockback is small, and you can break cobwebs easily with it. Like the spear, the knife can also be thrown. The knife will not disappear after hitting a mob, and deals the same damage as when you stab with it. However, if the knife is not retrieved after 10 seconds, it will vanish. You can make one with wood, stone, iron, diamond and gold. Iron deals 3.5 hearts, Diamond deals 4.5.

Does a lot of damage and has a big knockback. It also breaks blocks faster than your fist. You can make one with wood, stone, iron, diamond and gold. Iron deals 5 hearts, Diamond deals 6.

Does as much damage and has the same knockback as the halberd, but does huge damage to blocks, depending on the weapon material. Hold Use Item button to smash the ground so all the mobs around you will get hurt. The Warhammer will charge (like the bow and arrow) and when released will do great amounts of damage. You can make one with wood, stone, iron, diamond and gold. Iron deals 0.5 on ground pound, and 4 on a direct hit. Diamond deals 0.5 on ground pound, 5 on direct hit. Gold has more knockback than all others. A Diamond Warhammer can use its special attack to 1 hit a player wearing 2 or more  pieces of Dark Matter armor, or full Red Matter armor. This is accomplished by flying over the other player. NOTE it does not work every time because of the need for accuracy.

Right click to throw it. The ball will follow you where you go, right clicking it again will swing it. Every swing decreases the item's durability, so swing carefully. You can make one with wood, stone, iron, diamond and gold. Iron deals 4 hearts. Diamond deals 5 hearts.

You can throw a javelin by pressing and holding the right mouse button while holding it. Until Minecraft beta 1.8, it dealt more damage than arrows, but did not go as far and had a larger deviation. Now it is neither as damaging or long-ranged but can be shot rapidly. One advantage is that it does not require feathers to craft them, or a bow to shoot them.  If you fall downwards and throw the javelin downwards, it will have a critical hit. It is the same as when aiming upwards. The javelin deals 2.5 hearts of damage per throw. As long as the javelin does not hit a mob, it can be retrieved.

Right click to light it, and again to throw it. It will take three seconds before it either extinguishes in your hand or detonates once thrown. Because of this you can decide how long it takes before detonation. The explosion power is half the power of TNT.

Right click to throw it, an iron spear does 3.5 hearts of damage. The spear is instantly thrown when right clicked in your hand; it has a very short range of fire. This means that it is suited to short ranged mob fighting.

The Musket shoots musket rounds and these do high damage. You can also attach a bayonet to which increases melee damage. The musket will lose durability with each shot, however, the Talisman of Repair will repair it, if you place them together in an Alchemical Chest or Alchemy Bag. The musket reloads slower than the Crossbow or the Blunderbuss, taking 2 seconds, but it deals more damage and has better aim than the Crossbow. To load the Musket, hold right-click with one or more Musket Rounds in your inventory. The loading animation is similar to that of right clicking with a sword. In order to properly load the musket, you must hold right-click until you see the musket swing twice (only once for the blunderbuss and crossbow), as it would if you had left clicked. Once this has happened twice, you can release right-click. To fire, hold right-click once again, and you will see an animation similar to charging a bow. Release when fully charged to fire.

A musket has 64 uses before it breaks, therefore a stack of Musket Rounds will last the entire durability of the musket.

The Musket does ~10 hearts of damage, enough to kill almost anything without armor in one shot.

Note: while the bullets travel nearly as fast as is possible in Minecraft, endermen will still teleport away and take no damage.

To Add A Bayonet:

Shoots quickly and accurately. Has a small reload time. It shoots poisonous Blowgun Darts. This means that when you hit a mob, it becomes ill. If a mob is ill, it will get damage over time, and has a small chance to heal from the illness. The poison will not kill the mob, but often the mob remains with half a heart left. The dart itself doesn't do much damage. Deals 1 damage to players then poisons for 5 secs.

When fired, it shoots 10 small projectiles with a wide spread. It uses Blunderbuss Shots, crafted like musket shots, but with Gravel instead of Iron. This gun behaves like a shotgun, so shooting a mob from nearby deals much more damage. Like the musket, hold the right mouse button to reload, and also to increase aim when it's loaded - however, as it's a shotgun-like weapon, you should prefer to just get closer than try to aim. Be careful when shooting directly at a wall, as the projectiles can and will bounce back and hit you, dealing several hearts of damage.

It's damage is heavily dependent on its range. At 3 blocks range you're virtually guaranteed to do 10 hearts of damage, but at 23 blocks range you'll be doing a pitiful 0.5 hearts damage (average from 3 shot firing test)

This is enough to kill almost anything without armor with one shot at close range (including creepers!) However zombies have a bit of armor, so they require two shots or one shot and a punch or two.

Note: Holding the right mouse button to aim does not increase damage, only aim, and even then it improves only slightly. Also, While the bullets travel nearly as fast as is possible in minecraft, enderman will still teleport away and take no damage.

The crossbow shoots further than a bow, and doesn't deviate much, but the aim isn't as good as the musket. It reloads in 1 second, the same as a Blunderbuss and faster than a Musket and it does less damage than both the Musket and the Blunderbuss. However, it never loses durability. It only shoots crossbow bolts; normal arrows will not work. To reload it, hold the right mouse button, and once loaded, hold the mouse button again to improve the aim. Note that the crossbow will appear loaded, showing a bolt cocked in place, both in your hand and in the GUI.

The crossbow does 7.5-10 hearts of damage. Enough to kill a spider, ghast, or anything lesser in one shot. However, creepers, zombies, skeletons, blazes, and pigmen all take two shots (or one shot and a couple punches).

Hitting a mob with the fire rod will set it on fire for a few seconds. The fire rod has one use and cannot stack. When used on players they will burn for 10 seconds, dealing 5 damage total. The fire rod is extremely effective when hunting creepers. ( You will not kill it with 1 rod but it will hurt it enough for you to kill it with a sword.)

The Cannon Ball is used as ammo for the cannon.

Place the Training Dummy by right clicking. Pick it up the same way, if you are not holding a weapon from Balkons weapons mod, a sword or a bow.

You can hit the dummy infinitely, it will never break from projectile or melee damage; however it does when set on fire, blown up or when it falls from too high. A glitch has been reported on Multiplayer where a training dummy will fall through the block it is placed on. This can be fixed by placing a torch on the ground, and placing the dummy on that instead. It can be used to practice PVP skills and try out weapons.